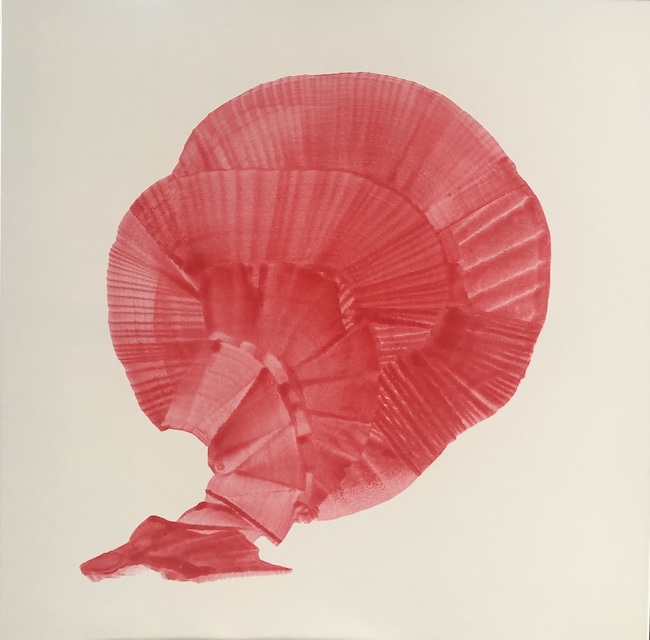 Many artists need to detach themselves from figuration in order to enter and represent in full expressive freedom, that exploration of interiority, that questioning of the weaknesses and strengths of contemporary man that becomes the fundamental basis of their artistic production to the point of pushing the need for the indefinite towards chromatic essentiality. The painter I am telling you about today, takes a journey into the deepest folds of the human soul to narrate its palpitations.

Around the middle of Fifties, was established in the United States a pictorial movement that wanted in some way to oppose the rigor of other currents, which had marked a deep and essential detachment from the art of the nineteenth century still absolutely linked to the most classical figuration, such as Geometric Abstraction and Russian Suprematism of Malevič, even if in this case strictly linked to the defined and rational form, without any emotional interference. Jackson Pollock instead introduced the vital need of artists to regain possession of the emotional world, allowing the canvas to become a primary means of communication and expression without having to follow any rules, without having to conform to the figurative canons of previous artistic paths. The movement was called Abstract Expressionism and precisely in the name of that freedom to manifest sensations and emotions regardless of formal rules and defined guidelines, it brought together under itself an extraordinary pictorial heterogeneity whose only common point was the revelation, the individual representation of an unstoppable inner world. From Mark Rothko to Cy Twombly, from Helen Frankentahler to Franz Kline passing through Arshile Gorky and Barnett Newman, each one with their own unmistakable style, the members of this revolutionary artistic movement were able to fight against the oppositions of the time to affirm that their art was as high and valuable as all the works belonging to other expressive manifestations of that period. Starting from that moment, the lack of figuration was no longer synonymous of rationality and rigour, but literally opened the doors to a new way of considering abstract art even further, the artists who today take up the guidelines of Abstract Expressionism feel their need of detachment from the image as it is seen by the eye when it rests on contingent and everyday reality, in order to come into deeper contact with silent and invisible sensations and emotions that can only be impressed on the canvas through pure vibrations and without patterns.

Albina Rolsing, a German artist with a solid academic background – she studied Fine Arts at the Faber Castel Academy in Nuremberg-Stein and attended art courses at the Free Art Academy in Augsburg and the Art Factory in Vienna – is inextricably linked to an Abstract Expressionism that is absolutely personal which transforms itself, thanks to her trait, into an exploration of everything that belongs to the human intimate, to those emotional voices that vibrate while remaining silent and covered by the need to defend itself from the outside, from the fear of being discovered and yet always present in the essence of each one.

She chooses the primary colors Rolsing, decidedly intense, which in most cases uses almost monchromatically while in other works mixes and fades to infuse the observer with a greater feeling of lightness, almost as if to imply that where you meet the intensity of an emotion, one cannot help but observe the consequences of this, the trails that behind him leave or that develop and transform themselves attenuating to escape in a more moderate way, more in balance with a reason that often brakes but that frequently is necessary to dilute.

The representations of the soul are fluctuating in a universe made of silence, introspection, precisely because it is that of intimacy that they are able to free themselves without filters, just as it is through the quiet that their vibrations are able to come into contact and interact with those of others.

Too often, Albina Rolsing seems to suggest, words overshadow the deepest truths, hidden feelings, fears but also positive emotions that you do not always want to shout out loud. She looks at the human soul through a blurred myopic lens Albina, thanks to which she sets aside the beautiful exterior to capture the fascination of everything that goes beyond the external image, that magic of substance that can only be revealed when the gaze is turned away and one places oneself in a listening position.

It is a profound interaction between what appears and what is, the one that underlines and highlights this talented artist capable of touching the inner buttons through those reds, those blues, those greys that are so much close to the simplicity of emotions, those basic notes that too often are complicated by a series of conventions, of interactions, of circumstances that contaminate them and preclude them to manifest with all their strength. The material with which Albina Rolsing feels most at ease is paper, on which she works with watercolor or gouache, but also the canvas on which she skillfully spreads the acrylic, oil, charcol and pastels and then uses the gouache necessary to give the main colour the light aspect of a Japanese Origami.

From 2016 to the present day Albina Rolsing has been the protagonist of solo exhibitions in Vienna, Udine and Rome and has participated in numerous group exhibitions around the world, from Paris to Barcelona, from Miami to London, from Munich to Florence, from Basel to Lugano; she currently moves and creates between Vienna, Bamberg, Augsburg (Germany) and Paris.

The mysterious worlds of Gheorghita Ouatu, exploring the hardships of contemporary man (IE)