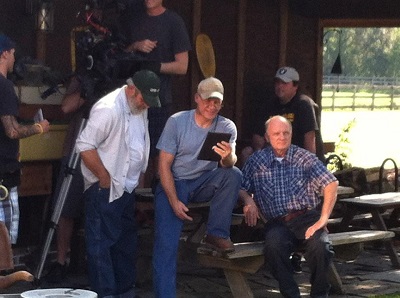 Swilley Ben’s is an actor, producer, American writer who lives in Wilmington, North Carolina where he is well known, in fact, is followed and respected by his large audience. During his extensive career, he has performed in a number of theatrical performances; musical videos, short films by students and feature, web projects, commercials and television programs. Ben Swilley we interviewed him for L’Opinionista (interview translated into Italian).

Mr. Ben Swilley, why choose the art of acting?

“The whole thing started when I was chasing a girl. She was in a play, in high school. Well, I wiggled my way into a part in the play, just to get to know the girl better. The character I played was a conceited rogue. The girl had been lukewarm to me before… but, now that I was the BADBOY, she suddenly found me to be irresistible! I decided that this acting thing, pretending to be someone you are not, was really fun stuff!”.

There was a point in time where you realize realized that acting would be your life, I am referring to a special meeting with some director or an actor who at the time was more famous? 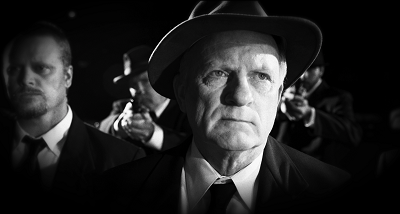 “The first film I ever worked in , as an uncredited player, was Two Minute Warning. The director was Larry Peerce. A bunch of us were lined up, trying to get picked for bit parts. Larry scanned carefully, eyeballing each of us studiously. His eyes lingered on mine for the longest moments, some serious thoughts going on in his brain, I suspected.  He tilted his head, waved his finger in the air, hesitatingly,-gave me one more look, then pointed for his assistant to put my name down. For whatever reason,I was chosen, by a director whom I grew to admire and respect. That encouraged me to stay in the game, trying to get better and better.    An actor who has influenced me greatly is Peter Jurasik , of Babylon 5  fame. I met him in Wilmington, North Carolina and began taking acting lessons from him . He taught me how to act on camera and gave me a lot of advice that he had gathered from all of his Hollywood years. I had a lot of wrong ideas about film and television acting and Peter helped to direct me  to the correct path on which to accomplish my goals. Oh, and by the way, Peter loves Italy, too!”.

In general how do you choose a script, It attract you the plot in general, the character, or the cast with which you have to work?

“I love a plot that is well written and that stirs my imagination. A suspenseful plot is great,- always wanting to know what s going to happen next….  I generally am attracted to strong, interesting, dynamic characters . I am not compelled to play characters who are weak, to be pitied, or are needy, although they say you SHOULD play the opposite sometimes. I just don’t want be remembered as one of those , you know,  that snivelling, whiney, guy the next time I am up before a casting director. I can get along with most any cast. I have learned to never say anything negative  ( even if it is true!) about anyone that I have ever worked with. It can come back to bite you and  think that when you gossip about someone it makes others trust and respect you less.  Better to keep the lips sealed and be nice to everyone. If other crew members or cast are not nice  then I do my best to simply avoid them as much as possible. Yes, there are some divas out there but I cannot tell tales out of school. Everyone loves to work with cast that they have “chemistry” with but, of course, you cannot always predetermine that”.

Did you meet many directors and famous actors, what you have transmitted in particular? 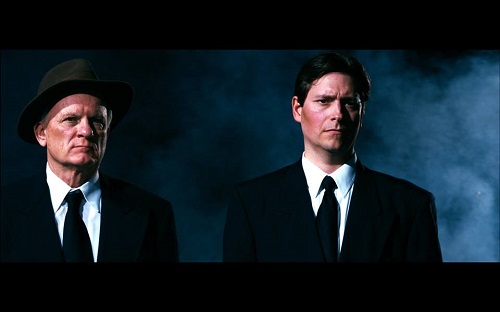 “I have been around many directors and famous actors. I gained much respect for the directors when I saw how tireless they work, getting very little sleep. They are the true ringmasters, coordinating every action and bearing almost all of the responsibility. The first assistant directors are under the gun, too- from production . They must crack the whip and make sure all is on schedule- time is money! The thing I realized from meeting the big stars was, how nice they are! In contrast, many of the wannabe a star  actors  I met were self serving, aloof, and generally unhappy people. I cannot think of one of those particular type of  actors  that I met and worked with, starting in the seventies, who ever became a star. It is true, the best cream  rises to the top”.

You started your career in Hollywood, what can you tell us of the golden world, the world of the stars?

“I always had a great feeling, every single day , in Hollywood. The air seemed to be filled with excitement and energy. I have been to Atlanta, a new film fortress, and did  not have  the same feeling, although Atlanta is very nice. Ahh, the stars.. My first day in L.A a car pulled up beside me. A distinguished looking man was at the wheel with a beautiful woman beside him. The couple were smiling and laughing, apparently enjoying life. They were husband and wife Charles Bronson and Jill Ireland and the car was a Rolls Royce . Seeing celebrities , movie sets; witnessing  huge movie props being driven through the streets, and  experiencing more mundane things like waiting in the bank line behind  favorite TV stars became common occurrences. One evening I foolishly  skipped dinner, to attend a play on time. I was seated behind a huge star. My stomach growled , loudly, through most of the performance. Finally, this big actor turned around and gave me the dirtiest look EVER! I was bemused and felt somewhat honored to be given such special attention by  a
major celebrity. Yes, I learned some “dirt ” on some stars but they must remain nameless . There was the starlet who made a big horror movie and who , I learned, liked to attend “swinger” parties. There was also the younger horror film actor whose sister made a living by being a working girl, if you know what I mean. I was on set on a detective show when one of the ( married) stars invited a barely of legal age set groupie into his trailer. She stayed in there for hours, the odor of marijuana wafting into the air from the trailer the entire time.

I will say a little about personalities. Robert Blake, of Our Gang and Baretta fame cussed like a sailor. His favorite thing to do was catch fish on the Owens river in California. Though he had troubles later in life, and was under suspicion ( the tragedy with his wife), I found him to be very nice, and helpful . While on a date  once I bumped into Larry Linville, (Frank Burns of MASH fame). I chatted him up and he was extremely humble and personable, really a great guy. He ended up picking up the tab for all of the drinks we had together  late into the night. He had some great gossip  tales about some of the MASH actors  but I will not, out of respect, repeat them. Robert Stack ( The Untouchables) was also a great and down to earth regular guy. His favorite saying on set was ” when you find out what is going on , let ME know!” I still say that to people on set to this day. Bob, as we called him, had wonderful anecdotals to relate about his early days in Hollywood. He told of shooting  skeet with Clark Gable and of learning to play polo from Spencer Tracy. Bob asked Spencer what the big secret to winning at polo was. Tracy’s answer was ” stay on the #@****@##$ ( expletive) horse”!

While filming The Bullfighter and the Lady, in Mexico, Bob’s hairdresser made a mistake and put peroxide in his hair. It turned his hair yellow. In a panic, the hairdressing artist grabbed the nearest solution to dilute  the peroxide. She poured a bottle of 7-UP soft drink on him and it turned his hair green! Production was held up for hours and Bob was  the butt of many a joke before the hair problem was brought back to normal. I worked as a set medic for a while and was told to always carry the narcotic drug Demerol if I worked on a certain detective show ( what is it with these detective shows.?) with the star, who had knee pain and was hooked on the narcotics. Interesting and complex people some of those ” stars” are!”.

You took part in several television series, Baretta, in Starsky and Hutch, and The Six Million Dollar Man, what memories with most pleasure? The main protagonists of these series have fallen out of favor, why is that? 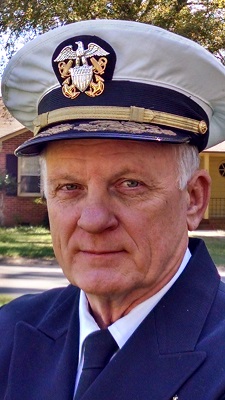 “Hutch, David Soul, was very personable but smoked like a chimney. A lot of girls would drop by and ask crew members where David had parked his BMW so that they could leave notes with their photos and phone numbers on his windshield. Starsky was very disciplined. While most of the rest of us chowed down on unhealthy foods at lunch he stuck strictly to a salad and water . I remember a scene in alleyways in downtown L.A. from Starsky and Hutch. There were a bunch of extras, background performers, dressed as homeless people, who loitered in the alleys. Well into the filming a bunch of REAL street people, a lot of them, started wandering into the shot, eating up food at craft services, occupying the alleys with wine bottles,  and lying supine with the real extras. It was pandemonium, with production assistants, the director and assistant directors racing to figure out who were the real extras and who were the interlopers. You could not tell them apart! It took hours to figure out who was who and to diplomatically escort the real unfortunates  off the set. We all had a good laugh from that! Lee Majors, as the bionic man, was very quiet. I do not think that I ever heard him utter a word, outside of saying his lines. I enjoyed seeing all of the stuntwork, and what they creatively did with it , on The Six Million Dollar Man. For instance, a stuntman, dressed as Lee, would jump down from a three story building. When the show aired the film was reversed and it was , of course, Lee leaping from the ground UP to the third story. As to why these actors are not really active much anymore in the industry, well, I do not have a clue. For some reason a lot of successful, talented ,actors seem to choose not to be in for the long haul. It has always amazed me as to why so many wonderful actors just seem to fall off of the radar screen after a few years of brilliant success”.

A director that you, would you immediately work?

“Steven Spielberg, Robert Reed Altman, Paolo Sorrentino and  Clint Eastwood are some top favorites. Ahh, there are so many accomplished film directors!”.

What can you anticipate that you will be the next film to shoot in Italy, a film written by Antonia Tosini for Caro Film Productions “Giancarlo and Veronica Sartoretto”.

“I am pleased to be cast in what promises to be a wonderfully interesting and exciting film. I greatly look forward to visiting Italy and working on the project with Antonia, Giancarlo, and Veronica. The general public has, in this film, a great hit to look forward to! Thank you so much for the interview. I enjoyed answering your very interesting questions
A Greetings and expect you in Italy”.