Home Lifestyle And nature is transformed into art in the underwater photographic images of...
Facebook
WhatsApp
Twitter
Linkedin 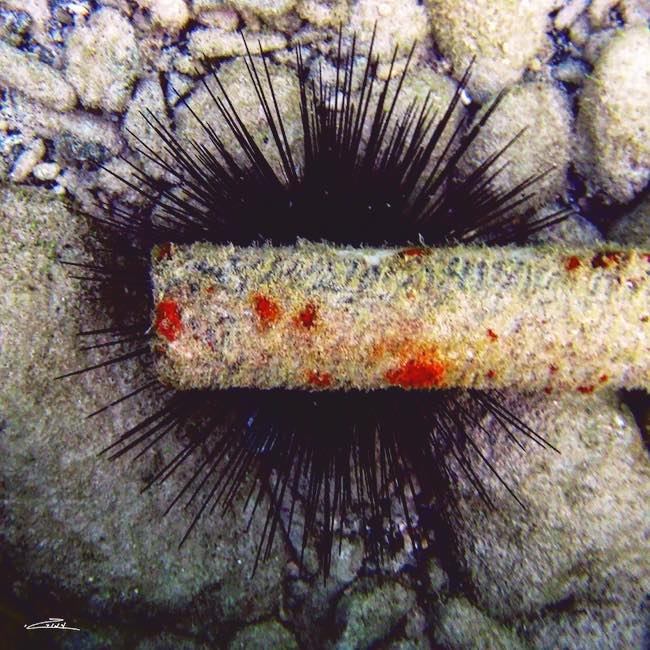 The world of photography is decidedly exterminated above all in virtue of the new technological means through which to reproduce or embellish reality seems to be within anyone’s reach. However, there is a profound difference between immortalizing an image, though improved and enriched with effects, and telling the visible with an artistic approach that can excite and amaze the observer. Today’s protagonist has the rare ability to narrate the world of marine nature by approaching it as if it were an artwork.

When the first prototype of the camera was made public by Daguerre, around the middle of the nineteenth century, the main intention was to provide a faithful reproduction of the observed reality that had nothing to do with vision, interpretation and pictorial approach. Later, throughout the course of the first half of the 20th century, many artistic movements set themselves the goal of moving art as far away as possible from the faithful representation of images typical of photography, which was rapidly evolving and soon proved to be the preferred means of obtaining portraits and family memories at a much lower cost than that required by painters. So all the currents of Abstractionism, declined in the various languages that distinguished it, wanted to affirm the supremacy of art by detaching itself from reality to show its pure emotion, or the aesthetic form as an end in itself or through the introduction in the artworks of parts of materials that would allow them to get out of the canvas and introduce the third dimension. With the advent of Computer Art, later evolved into Digital Art, the way was opened to a revolution in the approach to photography, which in turn could be transformed into art, thanks to the possibility of literally modifying and shaping real images or even creating them from nothing without needing any basis from which to start. Through this new technique it is possible to create works linked to Geometric Abstractionism, Abstract Expressionism, Metaphysics and so on, with an infinite range of possibilities.

The Israeli Amos Gazit, on the contrary, despite the deliberate but ultimately inevitable choice of capturing what his eye observed during the numerous scuba dives and from which he is more and more conquered, chooses a still traditional approach to the creation of images, that in which it is his artistic sensitivity that decides what to immortalize and from what angle, with what light, making later only minimal and sometimes imperceptible changes to improve the final result.

The underwater world narrated by Gazit shows itself in all its smiling and sunny beauty, even though it belongs to the mysterious world of the seabed, as if nature poses to show itself vainly in the most suggestive form. Such is the skill of the artist, because of real art is spoken of, in capturing the detail to be highlighted and amplified making it the protagonist, to deceive the observer who believes, in some cases, to be in front of an abstract painting. Corals, algae, plants become the protagonists of shots in which everything that strikes and fascinates the gaze of Amos Gazit is revealed, exactly in their most natural form, in their habitat, dragging the observer of his works in the same enchanting environment.

Works such as Indigenous Species #6 and Indigenous VS invasive #1 infuse the optical illusion, typical of the artist’s astonishing images, of finding oneself in front of a canvas in which the chosen shades are a manifestation of the mood of the person who has executed them, unless coming closer to approach and understand that what is narrated is a detail of reality as are the colors, the result of a greater art, that of the expressive majesty of a little known world, the depths of the sea, yet incredibly alive.

But Gazit‘s artistic journey also wants to highlight the ecological theme, the importance of the attention that man should pay when approaching nature in general and the sea in particular, which is why he chooses to dedicate a whole series of images to what he calls invasive species and which in reality represent and testify the irruption in those uncontaminated landscapes of objects that destabilize the ecosystem remaining indelible signs of human passage that too often forget to take care of the places with which he comes into contact. However the sea regenerates itself from that silent invasion, overcomes those damages and makes them an integral part of itself, neutralizing their negative effects, and it was precisely this aspect that definitively conquered the artist who chose to turn his knowledge into art. The vision of the underwater world that Amos Gazit reveals in each of his works, the unconditional love that induces him to exalt its beauty through his artistic sensibility, comes from the sense of gratitude towards the aquatic dimension that helped him to heal from serious war wounds as a result of which he had to spend many hours diving into the sea, discovering a universe until a little before unknown.

Gazit’s fascinating shots are printed on aluminium foil, laminated paper, Plexiglas, thinned glass, canvas and rocks and are exhibited in underwater installation galleries, incorporated in interior and exterior design furniture, but they have also found space in contemporary art exhibitions precisely because of the emotional approach that the viewer receives when looking at his works. Since 2015 Amos Gazit has exhibited his images in group shows in Miami Beach, New York, Venice, and has had several solo shows in Tel Aviv and Jerusalem.