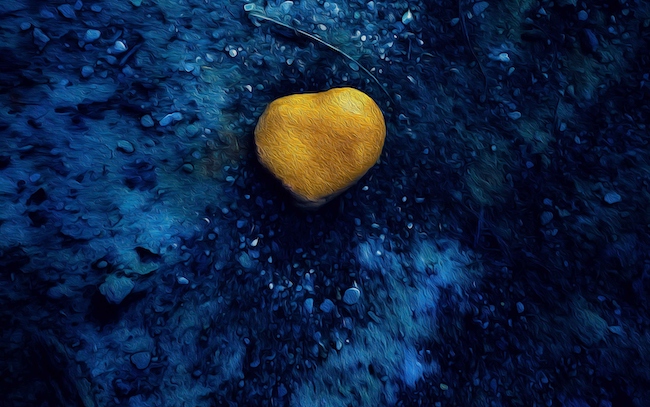 The language of photography has always had many facets depending on how it is used, but also on the sensitivity of the person behind the lens, who expresses his point of view and makes his voice heard regarding what is being observed. In many cases, and with different characteristics, it has become the medium through which some great masters have given the public unforgettable images, which have remained forever in the common memory and in the history of photography. The artist I am going to talk about today goes beyond the boundaries of reproducing reality and transforms into art what her gaze catches.

Since its advent, the camera aroused opposition and openness from all writers and artists in the late nineteenth and early twentieth century, and although many people criticised its mechanical nature and lack of creative touch which instead inextricably belonged to all forms of art, there were masters who stood out precisely for that sensitivity, for that ability to capture a moment capable of moving not only the observer but the whole world, transforming those images into symbols of the society of the time. Henri Cartier-Bresson, Robert Capa, Robert Doisneau and René Burri were the giants of world photography in the first decades of the twentieth century, as Alex Webb, Steve McCurry and Annie Leibowitz were in the years that followed, when the advent of colour required the ability to render a more intense or more rarefied atmosphere, according to the photographer’s feelings. Already in the case of Man Ray, there was a contamination between the new technique of image reproduction and artistic creativity, or rather an open adherence to a pictorial movement that cut a deep furrow in the history of international art, I’m obviously talking about Surrealism. At that point, and thanks to the thrilling images of the above-mentioned masters, photography entered by right in the world of art, aware of its natural tendency towards an evolution that manifested shortly afterwards with Digital Art and the advent of digital cameras capable of expanding the range of possibilities and options for shooting, during and even after the shot. Irmin Bernstädt, photographer, artist and creator of installations, has a decidedly metaphysical approach to photography, due to her particular attention to an apparently small and negligible detail which, under her attentive gaze, emerges to become the absolute protagonist of the shot.

In the light of her delicate lens and enraptured by every single detail that nature offers, the same nature within which she loves to lose herself to find inspiration for her creativity, a leaf, a wood in autumn, a branch of a flowering tree are transformed into food for thought on existence, that stage where the individual seems to be a distracted and unaware protagonist of everything that revolves around him and that welcomes him.

The beauty of the simple natural elements becomes an amplifier of sensations for Bernstädt, a way to find that contact often lost in the difficulties and impatience of daily life which distances the human being from the capacity to approach everything in a spontaneous and childlike way, which, on the contrary, should instead be an oasis in which to find oneself again, in which to return to marvelling at the colours, the glimpses of light, the reflections of the drops of dew which are in themselves splendid frescoes of the world we inhabit. But, and this is where the artist’s creativity is unleashed, it is probably not enough to focus the necessary and due attention on itself, and so Irmin Bernstädt feels the need to act on the immortalised image as a painter does on his canvas, she unravels the most metaphysical concept and directs her artworks towards Expressionism realised through Digital Art, a modification of the real tones to tune them to her emotional chords, those that had vibrated in the instant in which her camera had become the interpreter of that immediate and instinctive feeling.

The work Autumn in the wood attracts the observer with its adherence to reality, but immediately afterwards it has the capacity to lead him into an enchanted, fascinating place, as if it belonged to the dimension of dreams, of fairy tales, with those fluid and at times unnatural colours that are nevertheless close to reality, almost as if the artist wanted to lead him into a parallel universe made up of more vivid, more intense, more involving sensations.

And again in Leaf (leaf) the dark background is intended to be a natural theatre where lightness blends with the spontaneous magic of raindrops to impress on the observer the sensation of magic that envelops every single detail of that first work which is the spectacle of nature; the fallen leaf represents the cycle of life constantly repeating itself from season to season, death giving way to rebirth represented by the drops of water that have always generated and nourished new life. This is the place where Bernstädt likes to lead the viewers of her images, the place of beauty that is hidden and only reveals itself to an attentive, delicate and emotional eye, because it knows how to grasp the nuances that unite aesthetics with the meaning of things.

In Venice seems to want not only to tell a fascinating glimpse of the city, but, thanks to the play of superimposition, also to tell its life, that bustle of gondolas and the typical walls of the palaces, which she places below the surface of the water, almost as if to suggest that in this case a detail, even if permeated with beauty, cannot be sufficient to give the magical and timeless atmosphere that one breathes in the lagoon city and that envelops anyone who visits it.

But Irmin Benstädt‘s artistic sensibility does not stop at Metaphysical photography contaminated with Digital Art, it is necessary and vital for her to experiment with other creative languages such as abstract painting, minimalist black and white photography and installations; one of her greatest professional achievements dates back to 2019, when she created an installation together with Yoko Ono for the Leipzig water event Peace is Power. Throughout her career Irmin Bernstädt has exhibited at the most important international art fairs and events in the world’s major cities – New York, Barcelona, Madrid, Milan, Berlin, Israel, Manila, Zurich -, won the International Caravaggio Prize, was a finalist at the Global Art Award in Shanghai in 2018 and a semi-finalist at Art Basel in Miami.