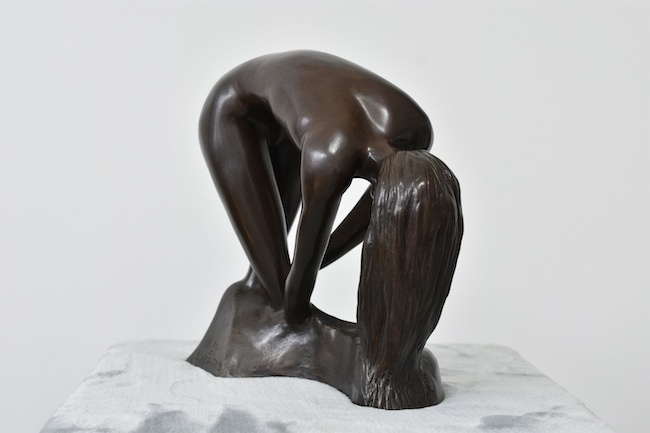 The world of sculpture has always fascinated art lovers for its plastic capacity to break into space and define salient, emblematic moments of the figures represented, or to narrate indefiniteness by physically appropriating the third dimension, that which induces the observer to feel involved, almost tactilely close to the artwork. The artist I am going to talk about today, however, shows an unusual ability to infuse his works with a sense of movement and lightness that often tends to be lacking in more traditional sculpture.

In the early years of the twentieth century, the entire world of art and culture underwent a profound transformation as a result of which new expressive languages were discovered, new ways of representing a reality that had been modified and changed on the basis of events, but also of the progress of technology and industrialisation, which led many creatives to question themselves about the meaning of life, the fragility of man and the need to break away from previous rules to create new channels of communication that were fundamental to adapting to the times. Sculpture could not be immune to this artistic revolution, as its greatest representatives were involved in and adhered to the various movements that followed one another in those dynamic and constantly evolving early years of the 20th century. The static and faithful reproduction of observed reality that had distinguished the great masters of the past, as well as the more classical and valuable materials that were difficult to forge and adapt to the new expressive requirements, gave way to more essential, stylised forms, as slender as the human condition was uncertain and fragile, or decidedly abstract to emphasise the supremacy of substance over form, of concept over figuration, which was no longer essential to the new artistic philosophy. Constantin Brâncuşi, initially fascinated by Primitivism, which was the starting point for the sculpture of many artists in the early twentieth century, slowly moved towards greater stylisation and abstraction, where the material had to necessarily accord with the tendency towards the dissolution of the figure; Alberto Giacometti, on the other hand, emphasised the fragility of the human condition through thin, slender sculptures, almost insubstantial in space, as strong as the sense of annulment and destabilisation, the anguish that enveloped man’s existence in the first decades of the twentieth century. And finally Henry Moore, whose distended and deformed figures appeared in slow motion, symbolising an awareness of the need for evolution in order not to stagnate in a condition unsuitable for a more harmonious and positive life.

The French Christian Candelier seems to summarise some of the characteristics of the three 20th-century masters in his sculptural style, because his works are light and delicate, without however instilling in the observer the sense of anguish typical of Giacometti, stylised while maintaining a clear figuration and thus departing from the more abstract approach of the second Brâncuşi, and in perpetual movement but decidedly more dynamic than the slow, gradual one of Moore‘s large sculptures.

Almost all of his artworks are dedicated to the female figure, as if for him only in the feminine is possible to find a way out of immobility, thanks to the ability to empathically feel the energies surrounding her and let them carry us away, or to contrast them with the courage and fearlessness that only women can find, becoming pioneers of new ways of feeling and facing a world in constant flux.

Associating Candelier‘s sculptures with the world of dance would be simple but also perhaps reductive because in fact the movement that emerges is an emotional one, linked to profound sensations, at times joyful, at others relaxed, and then again energetic but also in some cases strongly introspective, as if the protagonist portrayed felt the need to stop to withdraw into herself, to protect a fragile interiority or to understand what in the distraction of external noise could not be perceived.

The artist’s aesthetic taste is linked to the sensitivity with which he succeeds in interpreting the deepest movements of his models, but also to the need to make figuration essential in order to imprint that sense of lightness, grace and harmony that emerges from each of his sculptures, which Candelier cannot help but name after the women who have posed for him, attributing to each of them a sensation, a gesture, a way of revealing themselves that distinguishes them, indissolubly linking them to what makes them unique, different from all others. The result of the artist’s observation and admiration for these fascinating, slender bodies is a mixture of sensuality and elegance, of unconscious seduction and apparent innocence, capable of bringing out the contradictions but also the enchantment of a universe, that of women, which has always fascinated every man because of the entrepreneurial mystery it contains and also because of the differences that often make it incomprehensible yet incredibly attractive. But Christian Candelier‘s analysis sometimes veers towards the purest existentialism, towards those difficulties that belong indissolubly to contemporary man and from which it seems almost impossible to free oneself until one chooses to undertake a path of introspection, of liberation from the chains imposed by one’s own limitations.

In the sculpture Ouimainon, the artist brings to light the conflict that often arises in the face of a strong, overwhelming feeling, the desire to remain attached to one’s habit of solitude and to allow oneself to be carried away by an emotion that instead strongly urges sharing, immobilising the human being who on the one hand would like to welcome that feeling and build on it, but on the other would like to continue to avoid commitment for fear of losing oneself in love, or losing that self to which he has become accustomed.

Or again in the sculpture Homo destructor (Destroyer man) he tackles the delicate social theme of silence, especially that of world leaders, in the face of the dangers threatening the planet, all too often generated by man himself, and which need to be tackled and resolved before it is too late; the faces of the subjects are depicted at the moment of shouting to focus attention on the immobility and passivity with which modern man, too concerned with his own individualism, faces what should actually be changed with the support of everyone. Bronze and patinated terracotta are the materials that Christian Candelier prefers to give life to his artworks, which involve the viewer not only from a visual point of view because of the fine aesthetic taste with which they are imbued, but also from a tactile one because the smooth and perfectly polished surfaces invite contact, an encounter between the material and the observer’s physicality, establishing a deeper bond, closer to the work and to the artist’s creative intent. Christian Candelier has had many solo and group exhibitions in France and Belgium, where he has met with great success among the public, collectors and professionals.