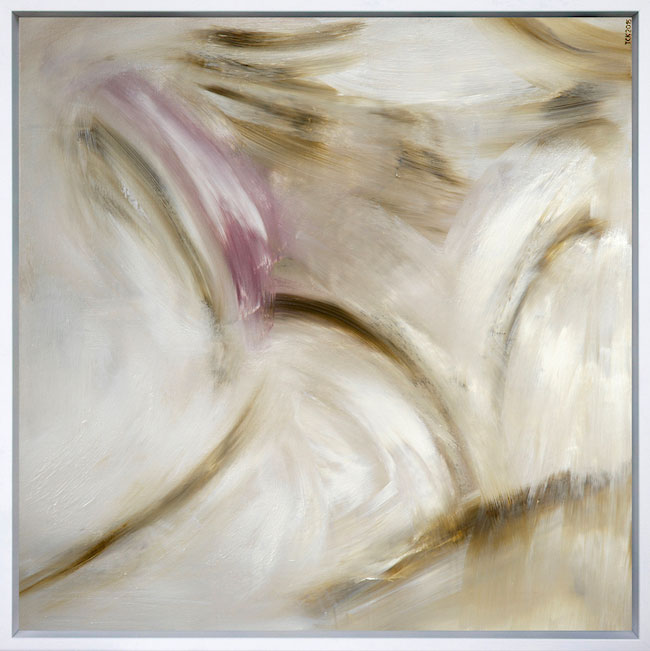 The choice of abstraction is usually generated by the urgent need to manifest an emotion impossible to restrain, or the need to communicate through a language denatured by the patterns of figuration to tell only the essence of things. The artist protagonist of today instead chooses this pictorial style to tell stories.

The approach with the figuration is part of the soul of the Viennese artist Thomas Christian Koller practically since ever, by virtue of his love for photography that was born as a boy, when just 18 years old begins to be familiar with analog cameras but without clinging too strongly to them because his need to be in step with the times and his innate mental curiosity, have led him to study later the digital technique in order to discover the innovations and infinite possibilities that new technologies reveal and offer. The love for aesthetic beauty guided him towards the photographic nude that allowed him to bring out, thanks to his strong sensibility, the interiority, the soul, that hides itself inside and behind the body. Perhaps it is this deep capacity of introspection that impels him to prefer, in painting, no longer figuration but Abstract Art, or rather, Abstract Expressionism, that with him modifies his initial sense and is no longer an impulsive manifestation of a sensation but the evocation of a memory, meditated and enriched by the moment experienced by the artist himself. You can’t miss the similarities. in the path and also in the image that comes out, with the german artist Gerard Richter, currently considered one of the most influential artists in the world, as well as the teacher who was probably the source of inspiration of Koller; both in fact live the abstract as a form of narration of a reality often unconscious and both take the sense of the photographic figuration and adapt it to a non figuration that in any case becomes a story of a frame of memory.

The fluidity is the characteristic that appears most evident in Koller’s paintings, that sense of movement capable of magnetizing the inside of his artworks the look of the observer who tries to glimpse in it the deep sense, that link with the description given by the title, as this latter is in turn part of the painting, as if it were an introductory pill to what is later revealed with colors.

The Search for the Holy Grail is emblematic of the perpetual movement that is identified with the search for something to which all men yearn, immortality, eternal happiness and unchallenged luck, unattainable chimera in reality, that is why of that symbol, the only truly immortal, the pursuit will never end; ideal therefore the object, how much earth are the colors chosen by Koller, perhaps precisely to highlight how the weakness of achieving what is elusive, is a human characteristic.

Giza’s Pyramid of Sun God (Ra) operates on the contrary, although it does not have the connotations of fluidity, it seems to follow the lines of the immortal buildings built by the great people of ancient Egypt, cloaked by the strong light, sharp and enlightening linked to one of its greatest deities, the King of the Gods, the supreme God, symbol of light, warmth and prosperity; here is therefore that the hand of the artist cannot prescind from the legend, from the captivating charm that the gods have always exercised on the man, and everything inside the work tells the positivity, the protection with which the divinity graciously enveloped his people.

In Green Prato Koller’s story becomes more personal, more connected to his own experience, to a place far away in time and space, of a holiday in Austria during which he literally lost in the green area surrounding the house that housed him, still hears the voice of the elderly lady who owns that serene place, and retrace with his gaze the same wandering and flowing thoughts that had accompanied his Australian afternoons.

Superb is the ability of Thomas Christian Koller to accelerate, soften, slow down and rareface the atmospheres of his works, looking at which the observer feels involved, either tranquilized, or overwhelmed by stories whispered by the artist; in All at its time, for example, the sensation is that of a firm image, a need to abstract from everyday life and take the space to meditate, to listen to a silence or simply wait for events.

Or again in Relationship, in which the same shades are lively, intense, to accompany the strength of a feeling that does not retreat, that cannot help but explode and overwhelm.

In his career as a painter he has participated in many collective and artistic awards in the Italian territory – Mantova, Milan, Rome– arousing strong interest among the sector’s experts but also of the public who appreciated its expressive capacity.