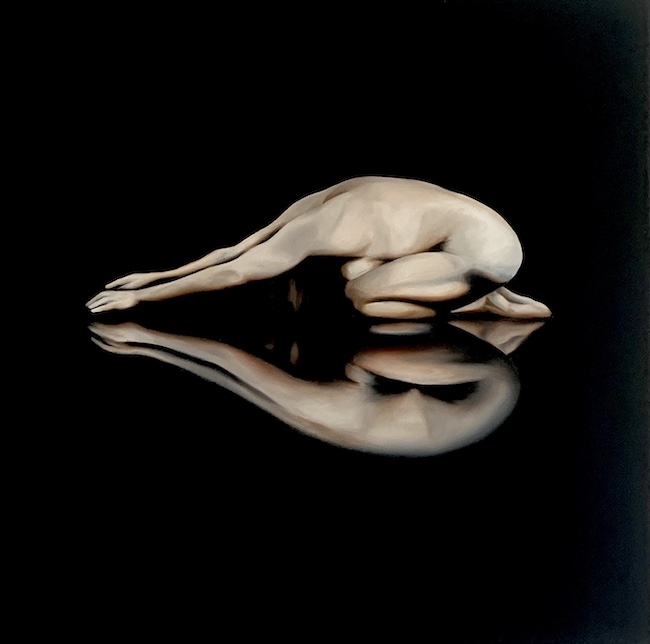 In observing objective reality, and the people who move within that reality, some artists have a critical approach and go on to discover the disturbances and anxieties of everyday life, while others filter every detail and episode perceived through their own feelings. And then there are those who show an empathic capacity and openness to the interpretation of gestures and expressions such as to allow to filter through the canvas all the perceived emotion and which, even though it belongs to others, cannot fail to involve the observer. The artist I am going to tell you about today belongs to this third group of artists.

Realism was one of the most important pictorial movements of the nineteenth century because it was the first to move away from the noble salons and allegorical or symbolist images of eighteenth century painting to recount glimpses of common life, of cities, of workers intent on carrying out everyday tasks, so much so as to take, when the winds of democracy that were establishing themselves throughout Europe, also social and political connotations. Gustave Courbet, recognised as the founder of this pictorial movement, strongly affirmed the importance of being as faithful as possible to the reality observed, to the habits and customs of the people he portrayed as well as to the places immortalised, albeit filtered through his personal point of observation. During the course of the twentieth century there was a strong figurative current, Neorealism, which set itself the objective of contrasting the avant-garde movements of the twentieth century, all oriented towards detachment from the reproduction of observed reality, taking up realistic themes but sometimes tending, according to the country of origin of the artists, towards a social orientation linked to the most disadvantaged working classes and their struggles to assert their rights, as in Italy with Renato Guttuso and in Mexico with Diego Rivera‘s muralism. In the United States, on the other hand, the original Realism movement maintained the characteristics Courbet had theorised and moved towards a fascinating and fascinating reproduction of everyday life in a society, the American post-war society, which was experiencing a period of growing prosperity but also profound social differences between the bourgeois class and the more humble class made up mainly of immigrants. Among the many American realists George Bellows and Everett Shinn were the two who felt attracted by cultural and sporting events, those for whom reproducing the conjunction between various forms of expression was the fulcrum of their production, as for Edward Hopper it was to narrate the suspended, almost motionless atmosphere of the slow daily life of the time and the loneliness of man.

The Portuguese Cristina Cabrita, architect by profession and artist by temperament, proposes two of the main themes of American Realism; by Edward Hopper she’s influenced in the narration of solitude, in her case, however, experienced as a fundamental moment of introspection and reflection on oneself by the protagonists, always women, of her artworks, and also by the suspended, dreamlike atmospheres in which she places them, as if they were enveloped by a silence necessary to listen to the voice of inner depth.

From Everett Shinn, on the other hand, she takes up that union between different types of art, in this case dance, to reveal how much the human soul needs, through body movement and music, to get in touch with itself and with the silent expression of inner movements that it often fails to express through words. The feminine nature is the protagonist of Cristina Cabrita‘s canvases, precisely because the woman has that particular sensitivity that can guide her and lead her to observe reality through the softness of the nuances, and it is perhaps by virtue of that same sensitivity that she bends to find the strength to be reborn, to reopen and to come out of the darkness of the fall.

The use of light and shadow is necessary and functional to Cristina Cabrita to instill in the observer a sense of introspection, the sensation of the slow path that the protagonists take to reach the connection with themselves indispensable to become aware of events and to draw on what has been and transform it into the basis of what will be. Her pictorial approach is photographic, as if the dancers or the people narrated had been immortalized with a still image at the most salient moment, the most emblematic of the route of discovery and aknowledge of that self that until the previous moment seemed to escape and get lost in unconsciousness.

In Phoenix, the naked woman, in which nudity is a metaphor for the need to undress all the veils behind which she hides her true face from the world, seems to be wrapped around herself, as if to create a cocoon to protect a fragility that has been wounded. of a scar that needs to be understood, experienced, tackled, before she can reopen to the outside.

In Faith canvas the protagonist appears in the moment of awareness, that attempt to escape from the emotional chains that imprison her, that need to find another place where she can reborn; she almost seems to be fighting an inner battle, the one between the link with the past and the inner drive that leads her to want to distance herself from the events that have just ended, that’s why Cabrita tells the woman as if she were looking back towards what is holding her back while her body and all her energy leads her to go forward towards a tomorrow in which she can find regeneration, a new beginning, a new path.

And again in Silence and The cellist, the moment of reflection, of meditation, cannot help but tune in and be accompanied by music, by the harmonic movement of the body when it dances or when it makes the strings of a musical instrument vibrate as if the deepening phase needed that emotional concentration, that external harmony to induce the protagonists to look for the deepest one, the inner one. The need that emerges from all Cristina Cabrita‘s works is that of finding a meeting point between the acceptance of a circumstance, of an event, of a route carried out up to that moment, and the necessity to reach the full awareness of a responsibility that sometimes has to be assumed while others have to be taken away because not always the course of events can be opposed or avoided, often it is a necessary step just to undertake a solid and fundamental path of awakening towards an existence in perpetual evolution. Cristina Cabrita has always, by her own choice, remained far from the circuit of collective exhibitions.