Home Lifestyle The transformation of civilisation between pagan idols and individuals on the margins...
Facebook
WhatsApp
Twitter
Linkedin 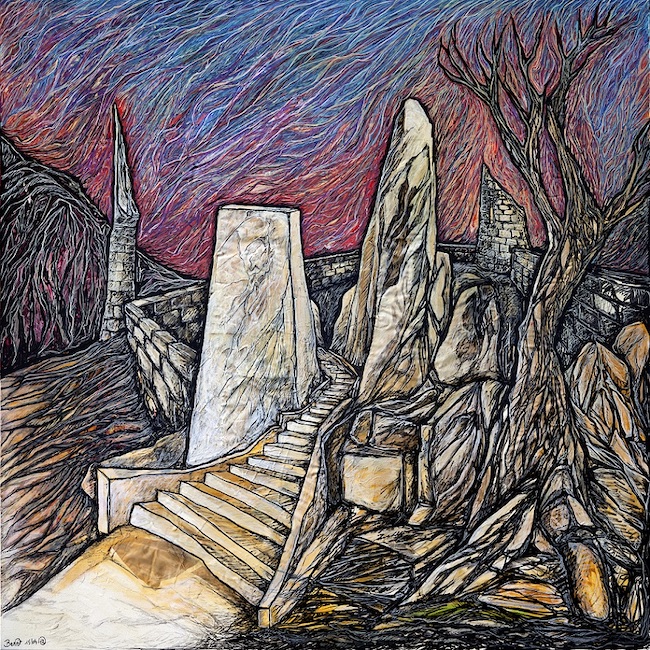 In the history of modern art, the imperative of many artists has been the expressive force by virtue of which the creative impetus had to come out spontaneously, often without complying with any stylistic rules; within this conceptual revolution, have emerged a fair number of movements that have remained outside the great cultural systems of the time, although they have managed to leave a trace that has had a large and significant following even in the contemporary world. Today’s protagonist belongs to one of these particular artistic currents.

Around the first twenty years of the twentieth century, the attention of some scholars and artists, in particular those belonging to the Der Blaue Reiter group of which Wassilj Kandinsky was a member, was attracted by the artworks created by patients in psychiatric hospitals because of the spontaneity they presented and the total absence of rules and schemes linked to academic or historical knowledge. Over the following years, two psychoanalysts, Walter Morgenthaler and Hans Prinzhorn, published two books dedicated to the artistic production of their patients, thus contributing to increasing interest in this type of completely free and immediate art in which patients freed their emotions and disturbances by telling them through surreal drawings narrating worlds that sprang from their minds; this kind of interest not only paved the way for what is now called Art Therapy, but also for the subsequent recognition by the French artist Jean Dubuffet, around the 1950s, of the artistic value of this approach up to the point that he began to collect many of these artworks and to identify it as a real movement that he called Art Brut, literally raw art, created and experienced outside the boundaries and rules of officially accredited art. The current began to spread and find favour in cultural circles, and today several museums around the world are dedicated to this kind of expressive production, as well as progressing and finding its natural evolution into Outsider Art and Art Singulier around the 1970s. The latter is a combination of the spontaneity and crudeness of Brut Art and a deeper research, a connection with currents of the past such as Surrealism and Cubism, although the members of the movement remain rigorously self-taught and deliberately distant from academic style and teaching; the recognition and acclaim of this type of art has gradually gathered more and more admirers, culminating in a major exhibition that took place in 1978 in the Museum of Modern Art in Paris. The French artist Benoit Drouart is an exponent of Art Singulier, founder of the Autonomous Collectif d’Arts Singuliers and member of Arts Vifs Amiens, Picardie For Ever and Faiseurs d’Arts di Noyon; his artistic research is based on the balance between man’s most primordial origins and the paradox of contemporaneity in which individuals are profoundly isolated even though they are constantly connected through a virtual reality that effectively takes away space for human contact.

His figuration is completely free from any stylistic precepts, functional to the emotions that the artist wishes to narrate, and although we can recognise elements and scenarios close to Surrealism and Metaphysics, Drouart‘s main characteristic is the complete absence of any rules in the representation of an external world in which the limit, the anxiety, the amplification without any element of moderation, seem to be imperatives essential to express his point of observation of the reality that surrounds him.

He allows the anxieties that afflict contemporary man to emerge freely, the awareness of feeling trapped in a world made up of unimposed rules that in fact turn into conditioning and passive subjugation, and the inability to find a way out of that cage.

In the artwork, Benoit Drouart describes the amazement and disbelief at the profound changes that global society has undergone in the last year as a result of the pandemic, which has led people to lose fundamental certainties such as freedom and the possibility of working, all in the name of the health emergency; the characters in the work appear in some cases disoriented, in others addicted, and then again angry, yet none of them seems to be able to take any action to break out of this immobility.

In the painting Santa Pandémia (Saint Pandemic), Drouart also seems to be ironic about how everything that has happened and continues to happen seems to be able to condition the lives, thoughts and approach to existence of many people, as if it were a supernatural force to which to bow and whose rules and regulations to follow; the figure told by the artist appears to be a Madonna, portrayed in the act of cradling the Covid symbol as if it were the child of a superior divinity, that of fear, of collective psychosis, of pain, represented by the brambles and the impervious and hostile environment in the background of the canvas.

The themes of solitude, disturbance and fear are approached from different points of view, sometimes more expressionist and sometimes more metaphysical, as in the artwork La nuit (The night), in which the desolation of the landscape narrated is apparently attenuated by the reassuring presence of light inside the house, while allowing the hostility of the outside to permeate, such as the tree trunk with a long branch wrapped around itself that seems to express the pitfalls and complications of living, or the red sky, aggressive, threatening, because after all the outside is always an unknown, an enigma for the events that may follow one another despite the individual’s illusion of feeling safe inside the nest one has built to protect himself. Benoit Drouart not only tries his hand at canvas but also creates sculptures similar to pagan idols, in which he lets his critical gaze emerge on the evolution that the human being has undergone, the transformation that was supposed to be development but that has instead led him towards the dissolution of the values and certainties he should have been striving for.

The sculpture Les trois ages de la vie (The three ages of life) is a symbol of this path, where youth is associated with the first phase of society, the initial and purest one in which ideals and the desire to keep alive the precious and spontaneous characteristics of the ancestors predominated; adulthood, on the other hand, tells of a tortuous path during which the human being has lost contact with himself and with what is right and wrong, conforming to a social evolution that all too often tends not to go in the best direction; and finally, death, which symbolises the annulment of values, culture and principles that could have saved humanity.

Eclectic artist, Benoit Drouart is also a professor of visual arts, an art consultant for a private foundation and for the Artech Corner gallery in Noyon in the Oise, a set designer for his Street Art company, a muralist and an illustrator. His artworks are represented by two galleries in his region in Picardy, he exhibits in France, but also abroad, in England, Croatia, Montenegro and is regularly sold in the United States.