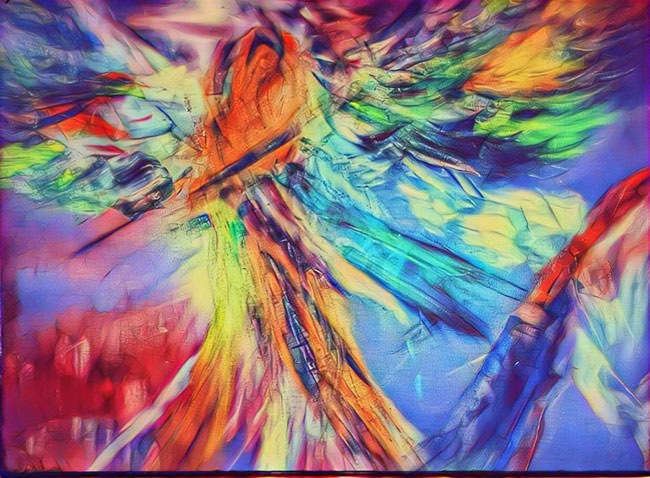 The path through which each artist experiments and reaches the creative form closer to his inclinations, to his inner chords, is often long and comes after phases and moments of deep meditation, changes, events that seem to lead in the right direction. Once the stylistic awareness is reached, the act of painting is transformed into an uncontrollable impulse, instinctive to the point of making the artist himself the pure executor of his inner voice. This is the case of today’s protagonist who paints in continuous connection with her most intimate spirituality.

Audrey Keenan, a Scottish artist from Edinburgh, suddenly discovered her artistic nature, although she was introduced to painting by her father, who in turn was an artist; following a painful circumstance in her life she was looking, without knowing it, for a way to overcome that emotional obstacle from which it was complicated to get out. Then the creative instinct made its way into her, probably coming from a strong and intense interiority that could no longer be held back, that need to free the emotions that could not fail to lead her to the choice of Abstract Expressionism, as a painting style, precisely because of the typical characteristic of expressive freedom that focuses on pure feeling, sometimes instinctive, sometimes impetuous, sometimes meditative and sometimes even more spiritual. The movement founded by Jackson Pollock, to which great artists have adhered who have left an indelible mark in the history of twentieth century art – from Mark Rothko with his Color Field to the essential and basic signs of Adolph Gottlieb, from the almost monochrome geometric Ad Reinhardt to the Action Painting of Pollock and his wife Lee Krasner – , was born on the basis of the freedom of techniques and styles but with a common denominator the irrationality of the most instinctive sensations, the inner ones, which need to reject any traditional scheme, any rationality, to give the canvases that emotional impact capable of enveloping the observer. For Audrey Keenan, expressive freedom is necessary to follow the thread of her emotions that bind her to a deep spirituality, reached and discovered precisely as a result of the episode she had to overcome, the obstacle that had to be trascended to discover a new personal balance through which she was able to reach art as a means to connect to a feeling that was not able to escape in any other way.

The artistic language in her has become a path of deepening, knowledge, discovery and connection with the subtle energies that envelop the human being without him being aware of it, that’s why in her works abstraction always tends to suggest, in a whisper, the presence of figuration, of that energetic presence that remains silent in the undergrowth of our lives and yet strongly alive and enveloping in a daily life in which too often we forget to listen to it.

The tones chosen by Keenan vary according to the state of mind that she chooses to free from canvas to canvas, but in a completely unconscious way, without having any idea of the beginning or even less of the end of the creative impulse, and yet able to perfectly represent the feelings of restlessness, joy, inner turmoil and calm reflection only through the use of colours, sometimes bright and lively, sometimes earthy and evanescent, sometimes intense and full. 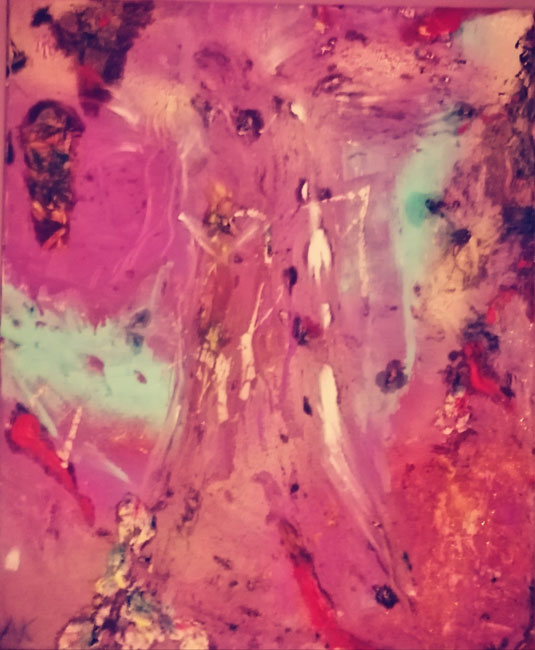 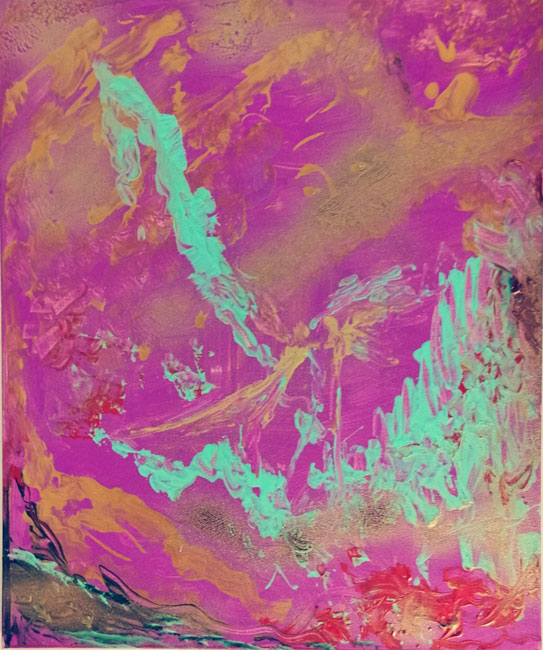 And beyond the radiance of the nuances, more or less visible according to the work, the images of those energies, of those presences that seem to be there to suggest to the human being that after all he is not alone, that it is by virtue of a deep bond with his own interiority and a careful listening to what surrounds him that he may be able to get in touch with everything that normally remains hovering in the form of impalpable and theoretical concept. Audrey Keenan, thanks to her openness to those subtle energies to which she is particularly sensitive, she is also a Reiki master and therefore knows well the importance of achieving inner balance in the here and now that allows you to savour the present and get the most out of everything that happens, she cannot fail to recount her deep spirituality, her bond with the inner motions that accompany, as in a dance, those of objective reality, of an exterior that is a projection of what is hidden in the folds of the inner self. 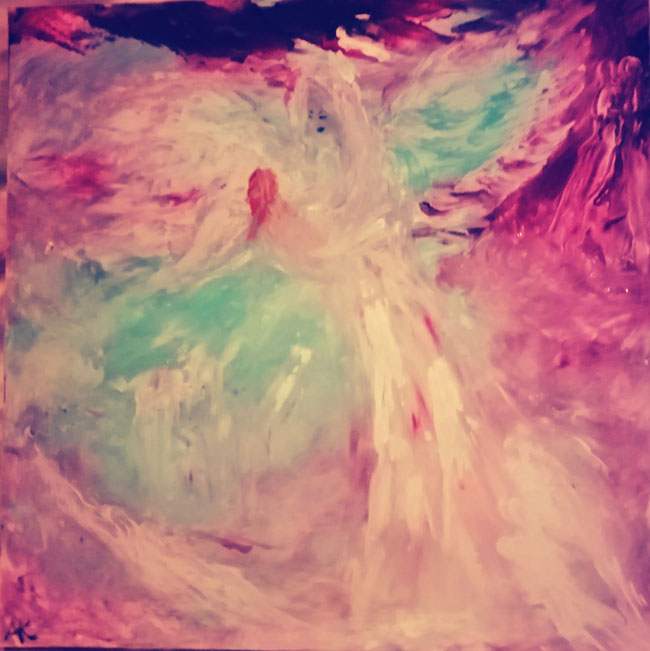 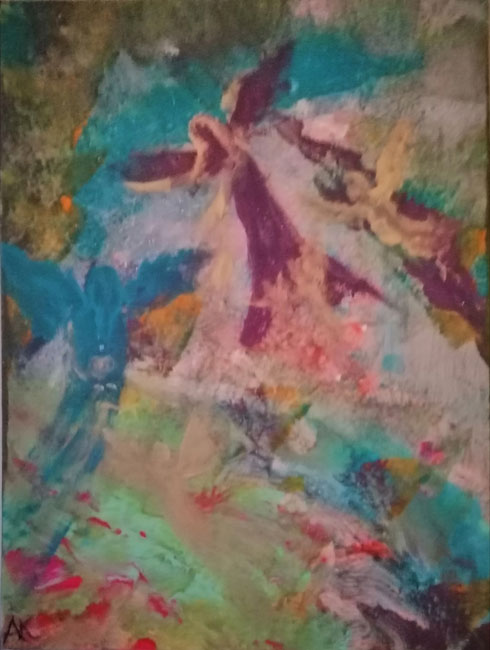 This the message that emerges from her works, that spirituality that can also be translated with the words awareness and harmony, that must be listened to with greater attention because it can lead us towards the best path, that is able to infuse us with the energy necessary to make, consciously, the right choices, to come to the right decisions best suited to the path we must take. Audrey Keenan’s profound sensitivity envelops and overwhelms the observer, introducing him into the world of the possible, suggesting that sometimes what is not seen exists anyway and that is sufficient to stand in an open position to be able to grasp its messages and essence. 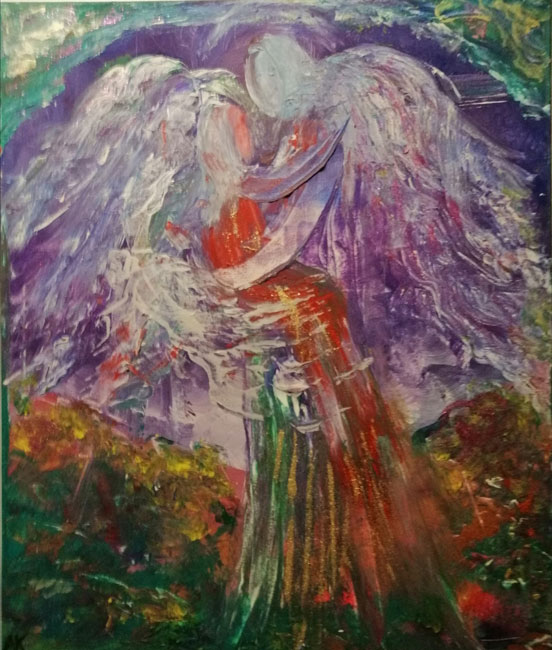 In 2019 she won the International Michelangelo Art Prize, the Giotto Art Prize and, in the same year, was included in the publication The Best Modern and Contemporary Artists. She has exhibited her works in South Korea, Sweden, Ireland and England, precisely in London.